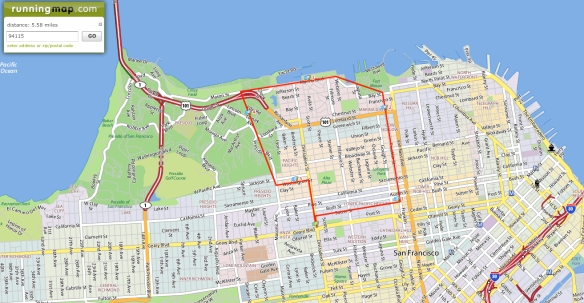 Subconsciously I paced my run and set my ipod to play the Decemberists’ Down by the Water just as the ocean and marina would come into full view. This was the first time I’d listened to the album ‘The King is Dead’ in its entirety (a crime considering I claim the Decemberists to be one of my favorite bands). Recently I’ve had trouble keeping my mind calm and peaceful during my runs. I suspected it was because I hadn’t refreshed my ipod mini’s library in months. Same music, same memories associated with those songs, different day. I wanted to play some music I hadn’t heard before.

It was a stunning afternoon; scattered clouds scurried toward to east bay to let the sun have his moment to shine. I’d chosen this route to see a variation of the city. My feet first hit the pavement outside my building in a medical district and soon I was passing through Japantown en route down to the ocean. My run ended through the tree laden Presidio.

Each pound of each foot onto the concrete streets of San Francisco gave me a better sense of my new environment. I imagine it felt what a bat feels like when it uses sonar; those bounced signals mapping out the unknown.

Although my knees and joints were getting more than their fair share of mileage, not only in distance, but also in intensity (concrete does to my knees what smoking does to your life span), my mind was getting a hold on the powers of a booming urban harbor town. On my way down to the marina, I passed through a strip of posh stores and restaurants, multiple grocery stores, a shopping square in Japantown, a post office, hospitals, banks, bars, cafes, swarms of people, so on and so forth.

I grew up in the suburbs of Sacramento, CA and lived the past three years of my life in a suburban area of Los Angeles. London was my playground for four months during my college years, but I soon forgot the charms of big city living. I’m used to driving everywhere I want and need to go. In suburban areas it’s not just necessity, it’s necessary. Everywhere you need to go is so spread apart.

Psychologically that does something to you. It spreads you thin and disconnects you from the world in between your home and your destination. You cannot stop on a dime to survey the world around you without the threat of a fender bender. In a way the car is but another double edged sword created by humans. Don’t get me wrong, I love driving on the open road, but sometimes I think we’d be better off without cars and the need for them. As an aside, three modern inventions come to mind that both connect us and disconnect us: the car, the internet, and the cellphone. 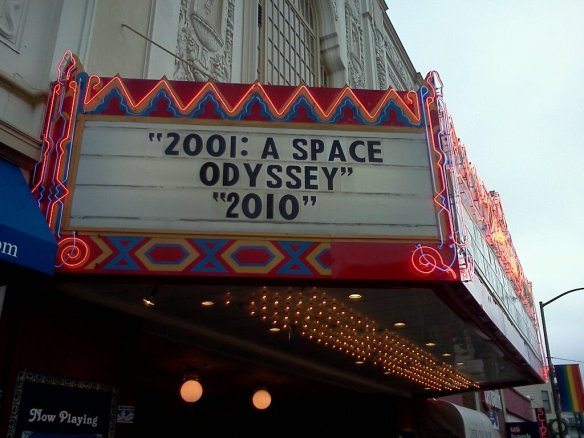 Which reminds me, last week I saw 2001: A Space Odyssey for the first time when it played at the Castro Theater. For those who haven’t seen it, the opening depicts the dawn of man. Ape becomes man when it discovers its first tool: a bone. An ape discovers a bone, and by mere improvisation and chance, he notices he can hit things with this bone. Soon he and his ape buddies are using this tool to conquer territory from rival apes. We then flash forward, hundreds of thousands of years to 2001 and find man’s current invention, supercomputer HAL, killing off humans. The very thing which makes us human, the interest in and cognitive ability to create tools that help us conquer this world, causes our ultimate decay.

When metaphors pop up into my head, I tend to pay attention. Sometimes I pay too much attention to be honest, and stretch metaphors to their breaking point. Anyway, in the moment I thought about the psychological effects of living in a big city, I couldn’t help but think that I want my life to be like San Francisco’s; packed tightly together, varied, accessible, connected, and lively.

With that thought I reached my building. ‘The King is Dead’ had already finished and Arcade Fire’s Sprawl II was pumping through my earbuds. Their rhetorical question rang in my head: Can we ever get away from the sprawl? 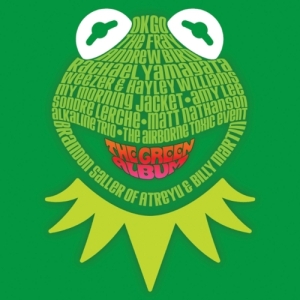 Andrew Bird covers It Ain’t Easy Being Green on the new Muppet movie soundtrack. I hadn’t really thought too much about the lyrics until I heard him sing them. They’re more profound and deep than you would think, considering we’d always heard those words coming from a neurotic green puppet known for his high pitched voice.

In the most literal sense, the meaning behind the song, originally penned by songwriter Joe Raposo (who coincidentally also wrote “C is for Cookie” and the theme to Sesame Street), is about finding self acceptance and self worth.

After hearing Bird’s cover, I couldn’t help but think of another reading of the song. It’s not easy being new, unripened, inexperienced. It’s awkward, uncomfortable, and often times isolating. For me, when I’m green, it can be paralyzing. I want and expect to know everything and be great at something from the get-go. But more times than not, that is not possible to do in a new profession, a new environment, a new life. In Bird’s interpretation of the song, I hear a voice telling those who are wet behind the ears to accept it. “When green is all there is to be, it could make you wonder why, but why wonder why…I am green and it’ll do fine.” As someone bound for new journeys into social, romantic, and career realms, I am bound to be green once again. I must be courageous enough to accept it so I can overcome paralysis and get enough experience to ripen.

It’s not that easy being green

Having to spend each day the color of the leaves
When I think it could be nicer being red, or yellow or gold
Or something much more colorful like that

When green is all there is to be
It could make you wonder why, but why wonder why
Wonder, I am green and it’ll do fine, it’s beautiful
And I think it’s what I want to be